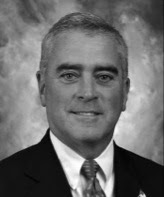 BETHESDA, MD -- (Marketwire) -- 11/07/12 -- History was made for podiatric medicine during the 2012 election, as Brad Wenstrup, DPM, a practicing podiatrist and member of the American Podiatric Medical Association (APMA), became the first podiatrist ever elected to the US House of Representatives.

"APMA congratulates Dr. Wenstrup on his victory," said Joseph Caporusso, DPM, APMA president. "Our organization looks forward to working closely with him to ensure podiatric medicine remains at the forefront of the health-care debate."

This victory marks yet another major milestone for the profession of podiatric medicine as APMA celebrates 100 years of advancement.

Email ThisBlogThis!Share to TwitterShare to FacebookShare to Pinterest
Labels: politics