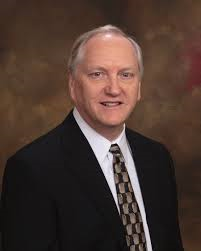 Kent State University has named Dr. Allan M. Boike, a nationally known podiatrist with the Cleveland Clinic, as the new dean of its College of Podiatric Medicine.
Boike, who will start his new job July 1, currently serves as head of the podiatry section in the foot and ankle center of the Clinic's Orthopaedic and Rheumatology Institute. He also is director of the Clinic's podiatric residency training program.Boike will take over for Bryan Caldwell, who has served in an interim capacity since last October. Caldwell, who will return to his position as the college's assistant dean, took over last fall for Thomas V. Melillo, who died after a battle with cancer.

“Dr. Boike is a nationally known podiatrist and educator who understands the future of podiatric medicine, and who is committed to steering the Kent State University College of Podiatric Medicine to the top of all podiatric schools in the country,” said Todd Diacon, Kent State's senior vice president for academic affairs and provost, in a news release. “We are fortunate to have someone with Dr. Boike's skill, experience and reputation for excellence joining Kent State University."

Boike earned his undergraduate degree from Wayne State in 1975 and graduated from the Ohio College of Podiatric Medicine with a doctorate in 1982. He completed his podiatric surgical residency at the New Berlin Memorial Hospital in Wisconsin in 1983.

Email ThisBlogThis!Share to TwitterShare to FacebookShare to Pinterest
Labels: education