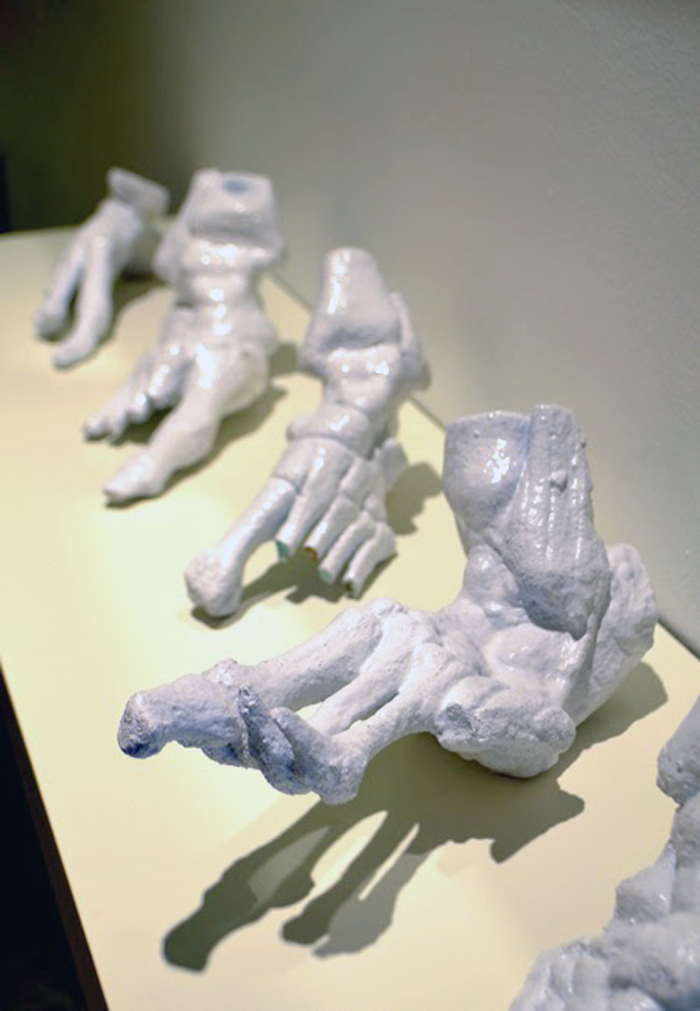 ﻿
Nicholas Giovinco, assistant professor in the Division of Vascular and Endovascular Surgery at the University of Arizona, directs the Southern Arizona Limb Salvage Alliance, or SALSA, a team dedicated to advancing diabetic foot care and amputation prevention.  Giovinco has taken to a practice that is more and more common in modern hospitals, using 3D printed models to prepare doctors for surgery.  The foot and ankle surgeon says, “Before you go into surgery, you need to have a game plan together.”

And, so, the doctor has converted CT scans of foot and ankle deformities into 3D printable files, to help surgeons know what they’re getting into before operating.  Made in partnership with FreeSide Atlanta, a nonprofit workspace, the templates illustrate a variety of diabetic complications, including Charcot foot, a bone weakening disorder often necessitating surgery.  Dr. Giovinco explains that, due to neuropathy, “These people have lost the gift of pain.”  And, to repair the damage done by Charcot foot, the doctor says it’s as though the surgeons are “taking a house that’s been demolished and putting it back together – piece by piece.”

Fortunately, Dr. Giovinco’s 3D templates have improved surgery preparation significantly, with doctors practicing on the 3D printed models before going into the operating room. The director of SALSA,  Dr. David Armstrong, says of the 3D prints, “We’ve used them extensively. This is what the UA is all about – interdisciplinarity.”

The doctor-turned-Maker has grown to become a champion of 3D printing in medicine, as well as open-source hardware and software as a whole.  With such technology, he believes, such important innovations as his 3D files can easily be spread throughout the world.  For that reason, Giovinco is working to start a “medical makerspace” where medical and biotech researchers can work on technological projects, such as wearable sensors and 3D printed prosthetics and limbs.

Recently published in The Journal of Foot and Ankle Surgery, Dr. Giovinco’s project has started to gain him some attention, including a place at the Museum of Design Atlanta (MODA), where his 3D printed models are being displayed as part of the museum’s “Design for Social Impact” exhibition, running through August 3rd. If you’re unable to attend the show, you can keep up with Dr. Giovinco’s work through his YouTube channel and Thingiverse page.
Posted by OnPodiatry