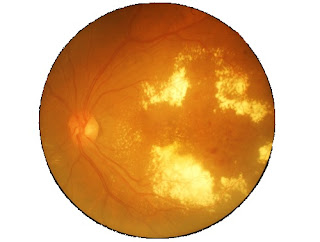 A Singapore study of more than 9,000 people suggests those with diabetic retinopathy are at increased risk of falls.

People with moderate diabetic retinopathy were nearly twice as likely to fall compared to people with diabetes who did not have any visual problems, while people with mild retinopathy had an 81 per cent increased risk of falling.

The study also found that people with diabetic retinopathy had a 31 per cent greater risk of falling compared to people without diabetes.

While these findings are unnerving, people with diabetes can take steps to reduce their risk of diabetic retinopathy, and control existing retinopathy, through normalising blood glucose levels and blood pressure and receiving eye examinations from an eye specialist every year.

Professor Ecosse Lamoureux, of the Singapore Eye Research Institute and the Duke-NUS Medical School in Singapore, was the lead researcher on the study. Explaining the findings, he said: "Alterations in blood glucose levels in diabetes cause changes in retinal blood vessels which swell, bleed or leak fluid into the back of the eye.

"Diabetic retinopathy causes not only vision loss, but also reduction in the components of the aging visual function system, such as contrast sensitivity, stereo acuity, and colour perception, which can result in poor postural stability and a greater capacity to bump into objects, leading to a greater risk of falling."

The researchers said about one in three older people in the community fall a year but there was limited research on the links between falling and diabetic retinopathy.

The study involved examining the records of 9,481 people living in Singapore who had either Malaysian, Indian or Chinese ethnicity, with about half aged 59 or older. Seventy per cent did not have diabetes.

As the research involved people recalling their memories of falling, this may have resulted in unreliable data.

Commenting on the findings, Dr Francesc Formiga, from Barcelona's Bellvitge Universitari Hospital, said: "Diabetic retinopathy often does not offer any early warnings signs. Therefore, it is important to perform a complete ocular exam at least once a year."

The study was published by JAMA Ophthalmology.